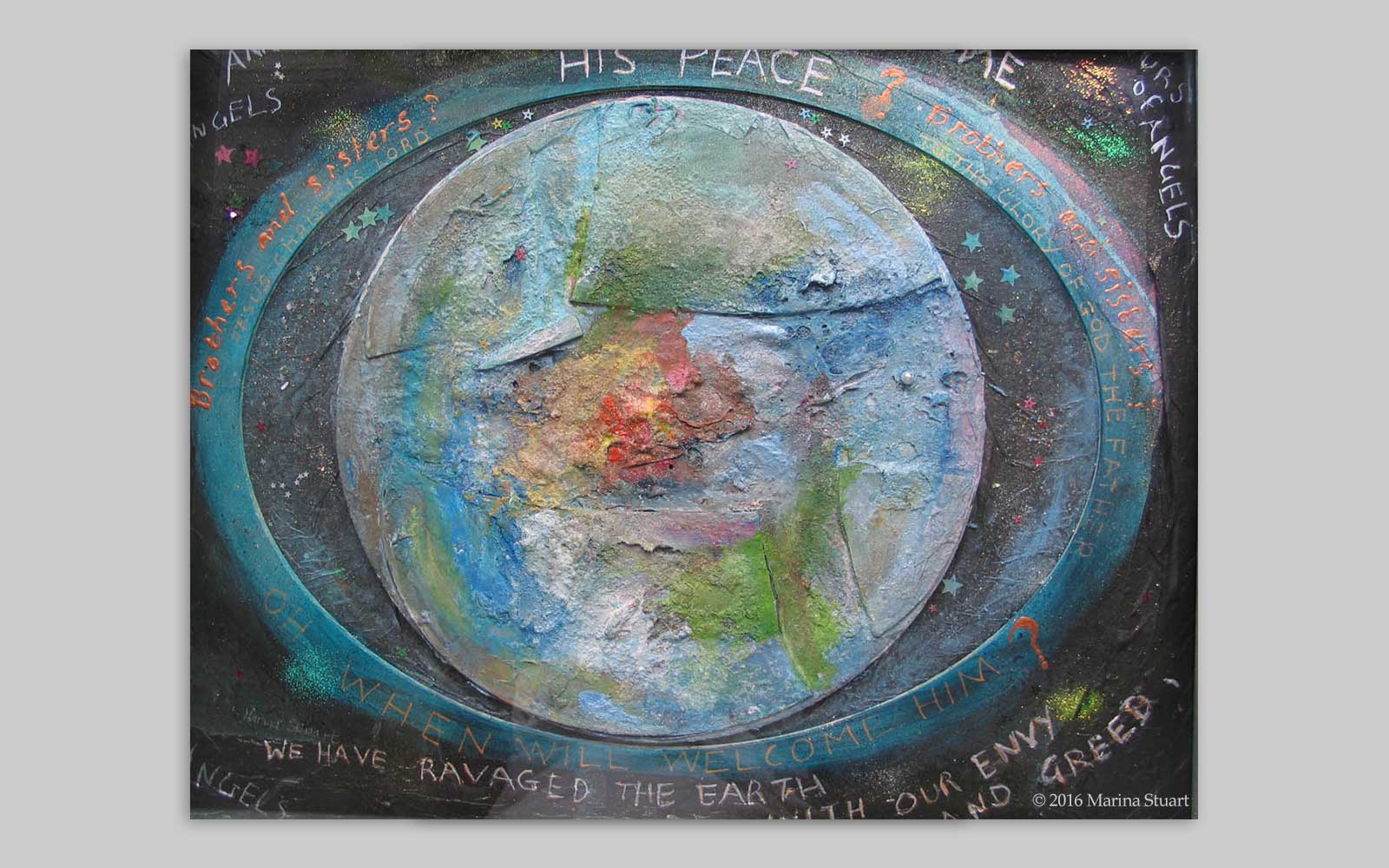 The Apple of His Eye

This was quite an interesting piece of work. My idea was using thrown away things and broken glass. Sticking it on to an old polystyrene pizza base. Everything was from discarded rubbish!

My thoughts at that time were about waste and the brokenness of the world spinning endlessly in space and how long could it carry on. The environment slowly being destroyed. I put glue over the surface of the pizza base and then put on a mixture of paint, fragments of discarded materials and threw on some salt. I placed on bits of broken glass and it made me think of the earth’s continents breaking and ice caps melting.

I stuck the round pizza base covered with all the stuff onto a bit of old card and covered with black tissue paper to represent outer space. Over the top I placed an old oval shaped mount thrown away as it was soiled. I sprinkled tiny stars and glitter into the black tissue and added some stick on stars (like the one we used to get given on our school work as children if we produced something good!)
At my local church, we had just been rehearsing for a concert called ‘Rumours of Angels’ by the singer/song writer Graham Kendrick.

‘We have ravaged the earth with our envy and greed, Oh when shall we welcome HIS PEACE.’ Finally I added a pearl from a broken necklace to represent the great value of our world to God.

I had the painting framed and showed it at exhibitions. The glass in the frame broke exposing the picture. I had it replaced but it broke again, finally I put it away in a dark place without the protection of the glass and left it for a time. The next time I went to look at it to my horror it had dissolved and was no more!